Please be aware there is a fraudulent website impersonating Stockwell International. This website states we have “Investment Plans”, Stockwell’s does not have Investment Plans and does not accept crypto currency as payment.

Customs compliance and clearance is an integral part of supply chain management for any importer or exporter. To ensure the smooth flow of freight in and out of Australia, our licensed customs brokers utilise advanced technology systems to make sure freight is transported with compliance and in a manner that reduces cost and time to the client.

Our use of the latest electronic data transfer technologies and 50+ years worth of technical knowledge and hands-on experience makes us the first choice for customs brokers in Australia.

How We Can Help

Import/export clearance through all ports & airports

Stockwells designates a main customs broker in-house to assist with company compliance throughout the entire import/export clearance process across all ports and airports. We maintain a 24/7 point-of-contact so that there is always somebody ensuring the fast and efficient clearance of your imported/exported goods.

Compliant quarantine clearance is of the utmost importance to our custom clearance agents. We’re very conscious that failure to fulfil correct procedures can result in heavy fines. That’s why we ensure that each and every one of our customs brokers remains up to date with the latest Customs and Quarantine Legislation to ensure that correct customs clearance services are carried out every time, without fail.

By having our own fumigation and Australian Quarantine and Inspection Service (AQIS) Bond at Brisbane and Sydney facilities and soon to be Melbourne you can use Stockwells to your full advantage by not having your goods handled by third-party fumigation providers during Brown Marmorated Stink Bug (BMSB) Season to ensure for a most streamline service.

We use the latest electronic data transfer technologies to assist clients in current tariff concessions and other relevant import documentation to provide optimal administrative support. Ensure you’ve satisfied your tariff duties with the help of our licensed customs brokers.

In some instances, clients may be able to claim duty refunds. Our customs clearance agents possess the technical knowledge and the ability to speak the customs language of duty drawbacks and refunds, so our clients remain informed and duty refunds paid when eligible.

Simply enter the value of goods, freight cost and insurance cost in the calculator below and your import duty and GST will be displayed.

Why a Good Customs Broker is Essential

Read one of our customs brokerage case studies and find out why a good customs broker is essential. One of our clients was looking to export goods from Shanghai to Sydney. 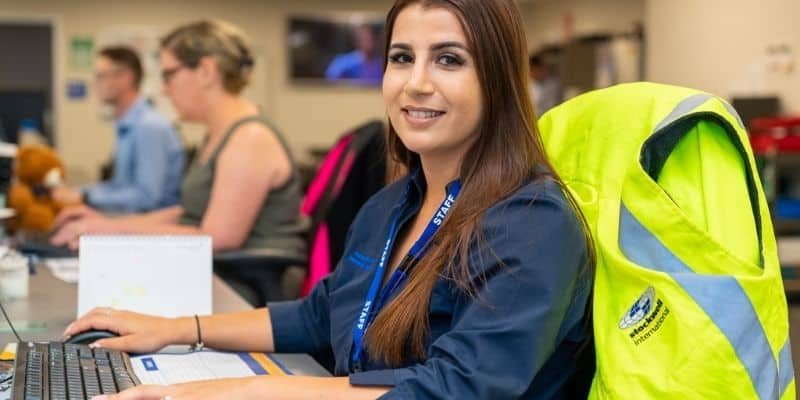 A customer approached Stockwell’s for a CIF quote request (the ship had already sailed) and asked us to provide our quote for customs brokerage accordingly; this particular customer seemed to have a very good grasp of CIF’s concept and what is involved.

As is standard, we supplied the quote, less the unknown port charges, and the client accepted the quote. When forwarded all of the paperwork, we noticed the commodity was lamps. For classification purposes, we asked what the lamps were made of and were informed by the supplier that they were made from wood.

We then asked for the treatment certificate (all wood imported into Australia requires treatment). The supplier informed us that the goods were treated ‘specially’ in China and did not require fumigation. We further queried the supplier to ascertain what was included in the ‘special treatment’ to later be informed that they were only painted and lacquered and never actually treated.

The difficulty with this is that when you leave the arrangements to the supplier you have no control over what happens in the country of origin. If this were FOB, this may have been picked up at a local level and rectified accordingly.

Unfortunately, when the lamps arrived, DAFF rejected them, and they had to be moved to a treatment facility. The treatment for painted and lacquered goods is one of the most expensive treatments because it needs to be strong enough to permeate the paint/lacquer.

If the client had approached Stockwell to advise them on the best way to move their freight and ensure clearance, they would have saved a lot of time and over AU$4,000 in incurred costs.

What Our Clients Say

"Stockwells International are not only the experts in the field of logistics/freight forwarding and customs clearance but have become strong business partners to WestRock AU & NZ.

Partnering with Stockwells International over the past year, WestRock Australia and New Zealand has been able to take full control of all container and freight operations. This control has allowed the business to manage cost, resources, and overall reliability of stock deliveries.

Due to the professionalism and diligence of both companies, a strong partnership has developed, which will continue to benefit both companies. Providing exceptional customer service and excellent data systems, Stockwells International have been flexible and most importantly reliable from day 1, they are always striving to exceed the benchmark."

We have been dealing with Stockwell International for over 30 years.

The service we have received over this time has been first class, irrespective if it has been Freight Forwarding, Customs Clearance or Local Cartage.

The easiest part of my working week is our importing workload, as I know Stockwell International will continue to ‘take the pain away’.

Other Ways We Can Help

By making use of our own fleet of trucks as well as our well-established relationships with third-party courier companies, we offer an unparalleled distribution network across Australia. Move your freight with ease with Australia-wide line haul and interstate freight services.

Find out more about our Line Haul & Interstate Freight service.

With recent uncertain times, we’ve seen many companies collapse due to poorly managed supply chains. Ensure the longevity and competitive sustainability of your company with expert supply chain consultancy.

Find out more about our Supply Chain Consulting service.

When your freight arrives, you need a reliable warehousing and distribution solution. That’s where we come in. By utilising Stockwell’s strategically placed distribution centres as a direct extension of your business, your supply chain will perform at optimum levels.

Find out more about our Warehousing & Distribution service.

Do you have any questions about our our customs brokerage and clearance services?

What are Customs Brokers?

Why use a Customs Broker?

The laws governing importing and exporting goods are complex, and mistakes can be costly. That’s why the services of a good customs broker can save time, money and headaches.

How is Duty and GST calculated?

Import GST is calculated at 10% of total of the value of goods, freight cost, insurance cost and import duty.

HS codes are six-digit codes (e.g. 0701.90) used to identify products. HS codes are universal and are used for most international export documentation and commercial invoices. They are administered by the World Customs Organization. You’ll use an HS number when you are referencing the classification with your customers, vendors and anyone outside of the U.S.

HTSUS codes are 10-digit codes (e.g. 0901.21.0045) used to identify products. They may be called HTS codes for short. HTS codes are U.S.-specific and are used for import into the U.S. They are administered by the U.S. International Trade Commission (ITC).

An HTS code takes the same form as an HS code for the first six digits and then has four differing last digits. It’s very important that all U.S. importers know and use the correct HTS codes, because commodity duties are assessed based on this classification. With some limited exception, HTSUS codes can also be used by U.S. exporters on their export paperwork. The full HTSUS list is available for free on the ITC website.

Schedule B numbers are required to be reported to the Automated Export System (AES) for shipments valued at more than $2,500 or when your shipment requires an export license. As with HTS codes, the first six digits of a Schedule B code should be the same as an HS number; however, the last four digits may be different from the HTS code. A full list of Schedule B codes is available for free on the U.S. Census Bureau’s website.

Where do you handle customs clearance in Australia?

We handle customs clearance in all major airports and ports in Australia, in all states:

When can I expect my cargo to be delivered after arrival?

The answer to this question varies on a case-by-case basis.

Time frame for delivery will depend on if your goods are travelling by air or sea and, if travelling by sea, whether they are LCL or FCL Shipments.

LCL Shipments (4 – 7 days after date of arrival) – With LCL shipments. goods need to be unpacked on arrival and goods segregated for collection.

FCL Shipments (3 – 5  days after arrival) – This allows enough time for containers to be unloaded off the vessel and made available for collection.

Air Shipments (1 – 2 days after the date of arrival) – This allows enough time for airfreight to be offloaded at the airline and transferred to a cargo terminal operator ready for collection.

What happens after my goods are cleared through customs?

After all documents are electronically lodged in ICS and our brokers have entered all individual lines and classifications into the system, they are  then prompted to answer a series of questions regarding the classification or interpretation, it may be established at this point that further documents or questions need answering to which our brokers deal with internally.  Once the process is complete the system (ICS ) is notified of a “clear” status and the job is appropriately updated. We then pay all duties, taxes and shipping line or airline costs up front and are then able to get a release for pick up from the airport or seaport.

What documents do I need?

It depends on the commodity, however standard paperwork is;

What is the customs clearance process?

Customs clearance work involves preparation and submission of documentations required to facilitate export or imports into the country, representing clients during customs examination, assessment, payment of duty and taking delivery of cargo from customs after clearance along with documents.